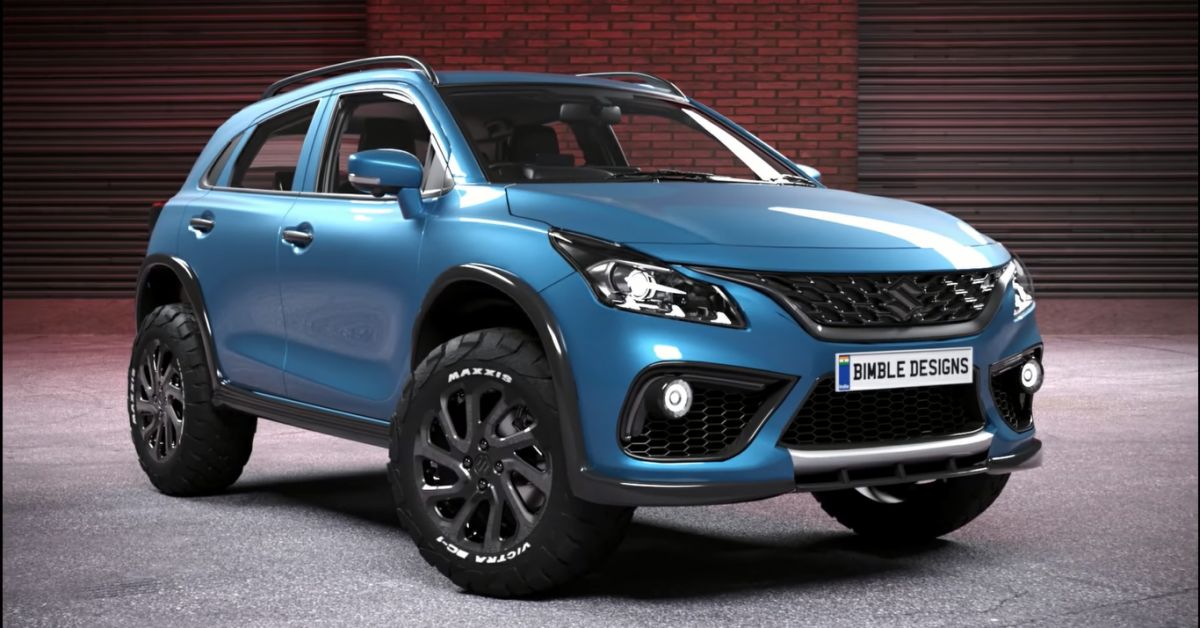 Maruti Suzuki has recently launched the all-new Baleno hatchback in the market. Compared to the previous model, the 2022 version has been updated a lot more in terms of features and has got the appearance of a mature and premium look. The Maruti Baleno is a premium hatchback and competes with cars like Hyundai i20, Tata Altroz ​​and Honda Jazz in this segment. There are several videos on customization and aftermarket accessories for Baleno. Here we have a render video where the artist re-imagines the premium hatchback as a premium crossover. What does the Baleno crossover look like? Let’s watch the video to know.

The video was uploaded by Bimble Design to their YouTube channel. In this video, the artist transforms the premium hatchback into a crossover. He started with wheels. The wheel plays an important role in changing the overall look of the car. The render artist has not changed the design of the wheels, but he has made them bigger. Wheel arches were widened to accommodate larger wheels. As the car got bigger, the tires were also replaced with chunky looking units. Larger wheels mean increased ground clearance of the vehicle.

Baleno began to look like a crossover. The artist then creates a fender flare to achieve a laborious look that will make it look more like a crossover. The artist then moved to the front and made minor changes. He mentioned in the video that he’s not a big fan of the new Baleno front bumper so he’s changing it. He stretches the bumper down and it looks more muscular. The headlamps, grille and fog lamps were all the same as the regular versions. There was no chrome garnish on the bumper and front grille. The door handles were also blackened and a shiny black roof rail was installed The wheel arches and thick black claddings around the lower part of the body gave it a rough look. 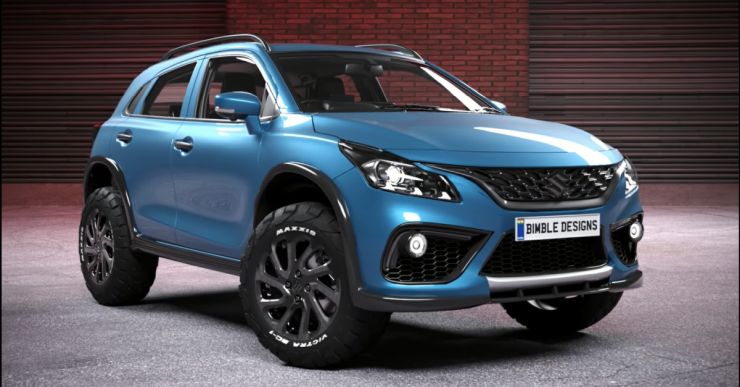 Overall, the Baleno Cross or Baleno Crossover looked neat. Note that Maruti Suzuki currently has no plans to launch such products. We have seen in the past that such products do not actually perform well in the Indian market. We had models like Volkswagen Polo Cross, Toyota Etios Liva Cross and even Hyundai i20 Active. Speaking of the all-new Maruti Baleno, it comes with features like HUD, 360 degree camera, all-new touchscreen infotainment system that supports voice auxiliary features. Maruti Suzuki is offering a maximum of 6 airbags which is the first for any Maruti car.

The Maruti Suzuki Baleno is powered by a 1.2 liter dualjet petrol engine that generates 90 Ps and 113 Nm of peak torque. The car comes with a smart hybrid system and the engine is offered with the option of both manual and AMT gearbox. The previous generation Baleno was offered with a CVT gearbox. AMT makes it much more economical and results in better fuel efficiency for the Baleno.