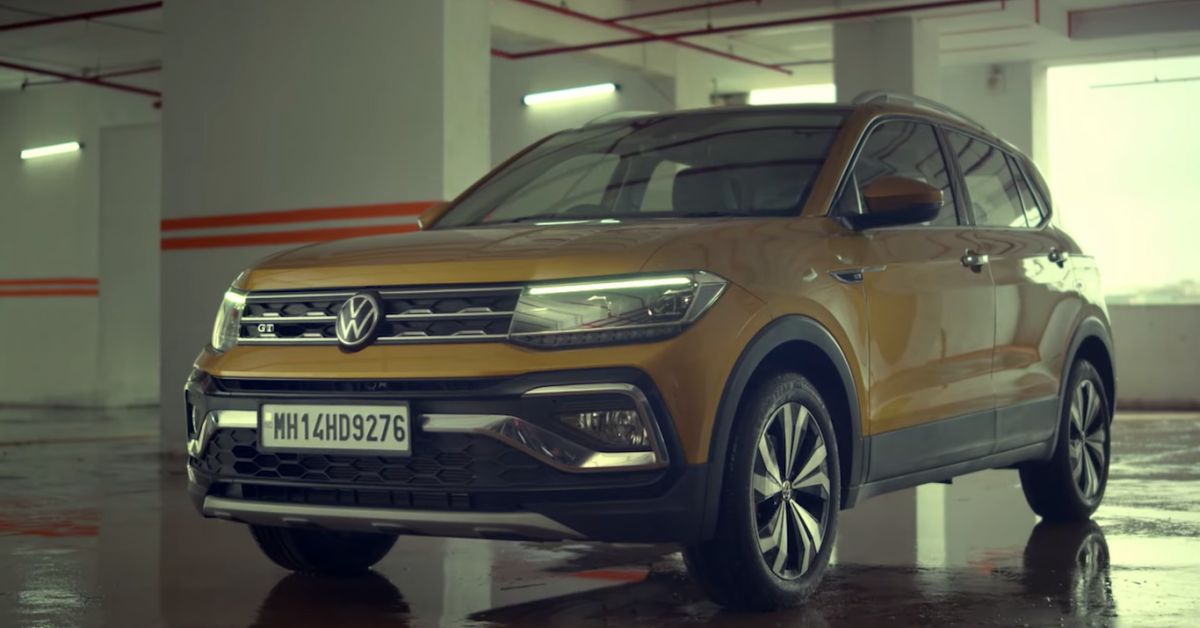 Volkswagen India launched their all-new compact SUV Taigun in the market last year. It competes with cars like Hyundai Creta, Kia Seltos, MG Hector in the segment. It is Volkswagen’s first product under the India 2.0 strategy and is based on the same platform as the Kushak, Slavia and the upcoming Volkswagen Vertus sedan. Volkswagen Taigun starts at Rs 10.49 lakh, ex-showroom Volkswagen has now released a new TVC for the Taigun SUV.

The video was shared by Volkswagen India on their YouTube channel. The Volkswagen Taigun was first unveiled to the public at the 2020 Auto Expo. The concept displayed at the expo was an almost production read model. MQB A0-IN platform which has been specially modified for Indian conditions. In this TVC, the Taigun is portrayed as a fun, energetic car to drive that is mentally for young people. We drove taigun in Udaipur during the media drive and came back fascinated. To see a detailed review of the Volkswagen Taigun, click here.

The Volkswagen Taigun has a design similar to other cars in the family. There are many straight lines that give it a bold, boxy design and a premium look. The front of the car has a Volkswagen grille that extends to meet the headlamps that act as part of the front grille. The top-end version has LED headlamps. A decent amount of chrome is seen on the grille and bumper. The Volkswagen Taigun comes with a muscular but premium looking bumper and integrated fog lamps.

On the side profile, the Taigun gets dual tone alloy wheels and a dense black cladding is seen around the underside of the vehicle. The main attraction of Taigun’s design is the back part. It gets a unique looking back design. It’s futuristic and a muscular look. There is a split LED tail lamp. Attached to these LED tail lamps is a reflective LED bar that runs across the tail gate. The tail gate has Taigun branding and the Volkswagen logo can also be seen here. A chrome garnish can also be seen on the rear bumper. 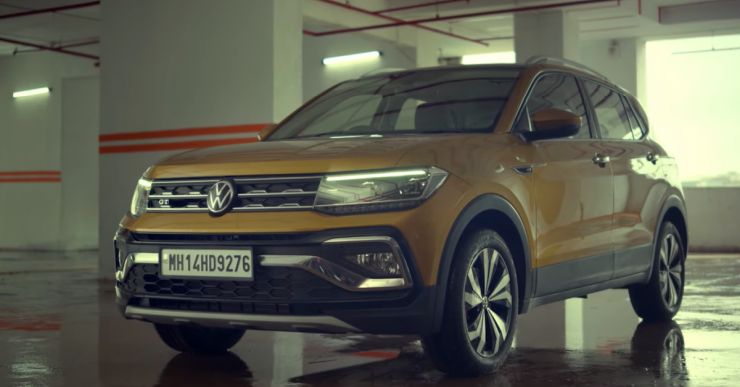