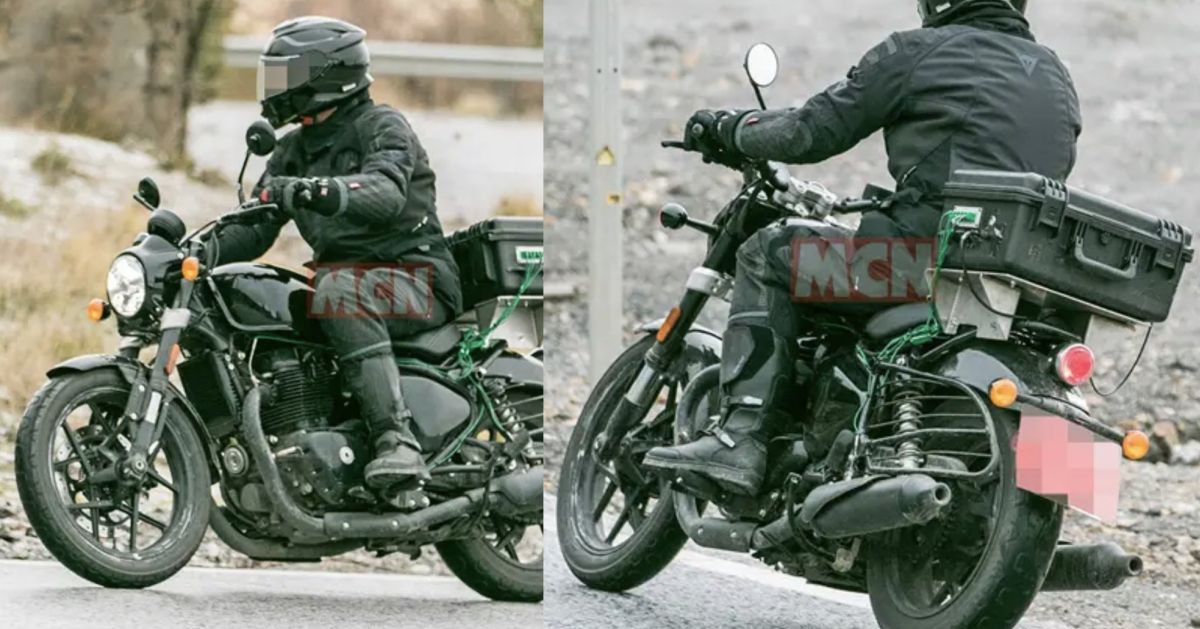 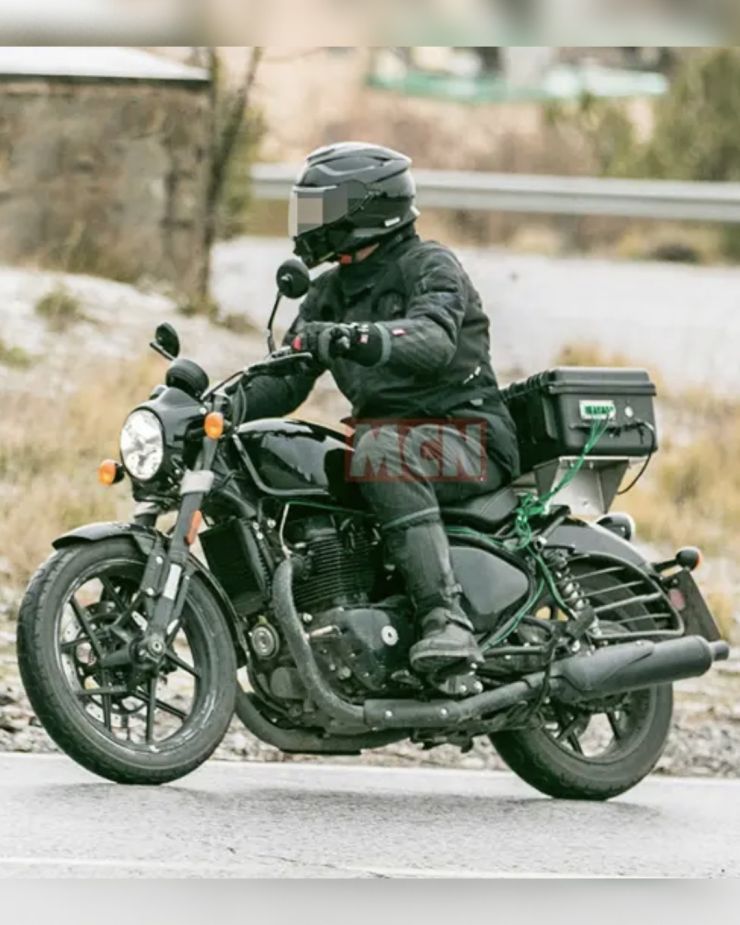 The front, side profiles and rear of the motorcycle are clearly visible in the new spy picture. The test mule is finished in black, but some details are clearly visible. The motorcycle gets a round headlamp that is common to all Royal Enfield motorcycles. A small cowl can also be seen around the headlamp. Like many modern Royal Enfield motorcycles, the Shotgun 650 will also get a round analog instrument cluster with which the digital meter shows the required information. The meter can also be seen on a tripper right next to it.

There are orange retro looking turn indicators on either side of the headlamp. There are USD forks on the front and fenders covering the front wheel are also visible here. The Royal Enfield’s 650-cc Bobber-style motorcycle can get 19-inch wheels at the front and 16-inch wheels at the rear. The 5-spoke alloy wheel carries a different design compared to the manufacturer’s other motorcycles. The fuel tank has a tear drop design but is different from other Royal Enfield models. It doesn’t look as heavy as the Classic 350 or the Meteor 350. 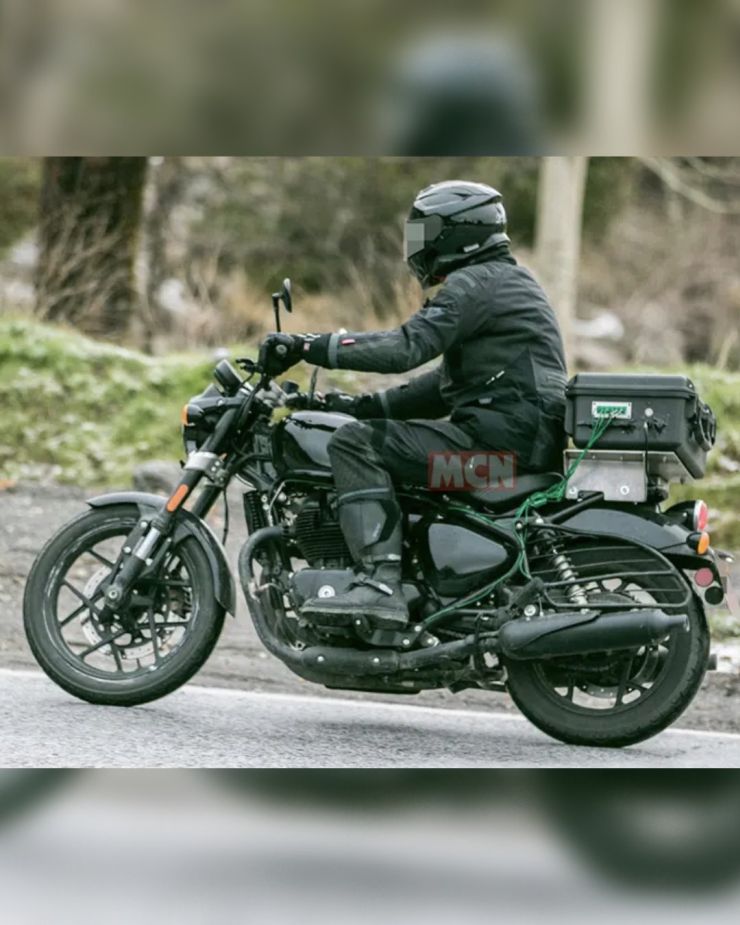 It is a single seater Bobber style motorcycle and it is clearly visible in the picture. The motorcycle will provide the rider with a steep riding position. The seat is lowered and the ankles are set in the center. The engine area of ​​the test mule has turned completely black but, it is still recognized. The 650-cc engine used in the shotgun 650 is similar to that of the Interceptor 650 and the Continental GT650. 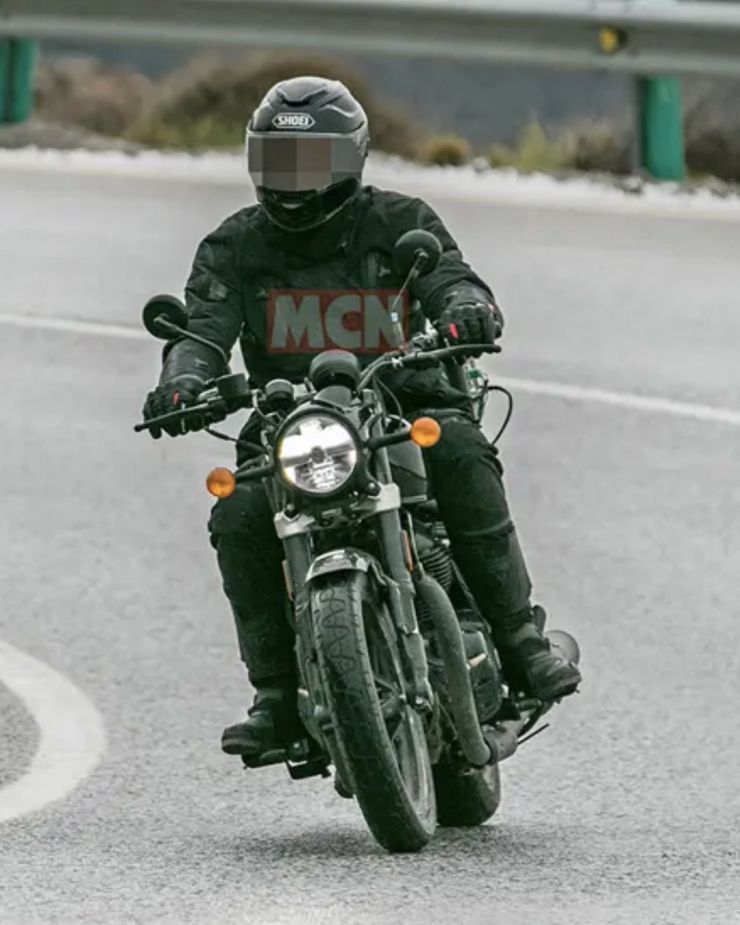 Side panel and rear mudguard are also visible in the picture. The rear mudguard completely covers the chunky rear wheel. Rear turn indicators and round retro style tail lamps have also been installed in the mudguard. The Royal Enfield Shotgun will come with a 650 twin exhaust setup and is clearly visible in the images. Royal Enfield may also sell it in the international market. 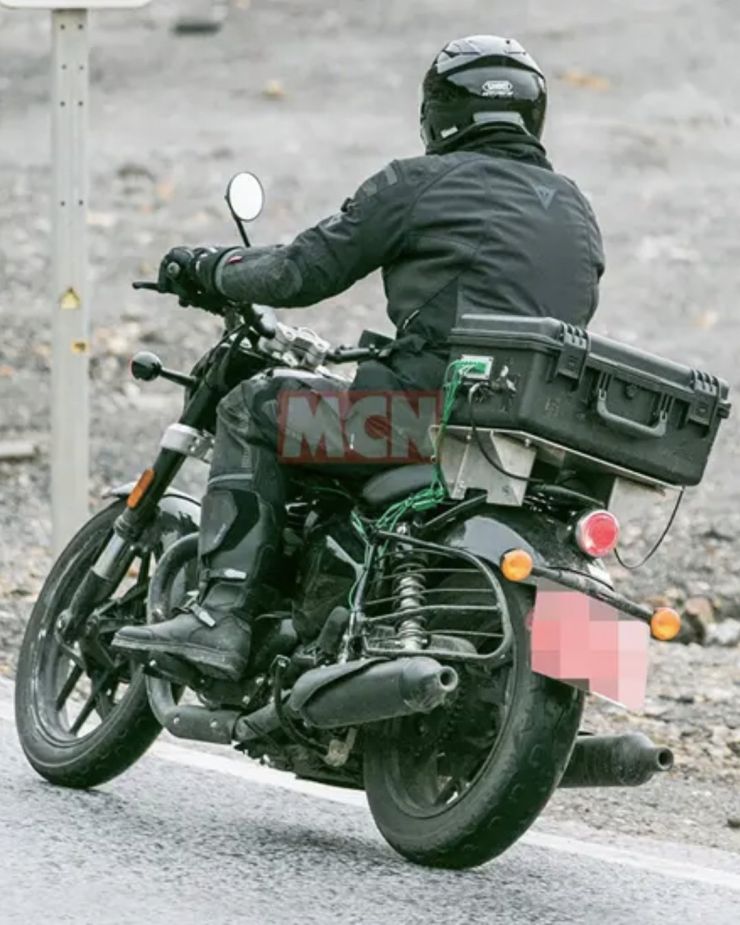 The Royal Enfield Shotgun 650 will be powered by a 648-cc, parallel-twin engine that generates 47 bhp and 52 Nm of peak torque with a 6-speed gearbox. As mentioned above, the test mule looks like a near-production-ready model and is expected to hit the market later this year. The expected price of a Royal Enfield shotgun motorcycle is around Rs 3 lakh, ex-showroom. Also working on other models like Royal Enfield Super Meteor, Classic 650, Himalayan 450 etc.