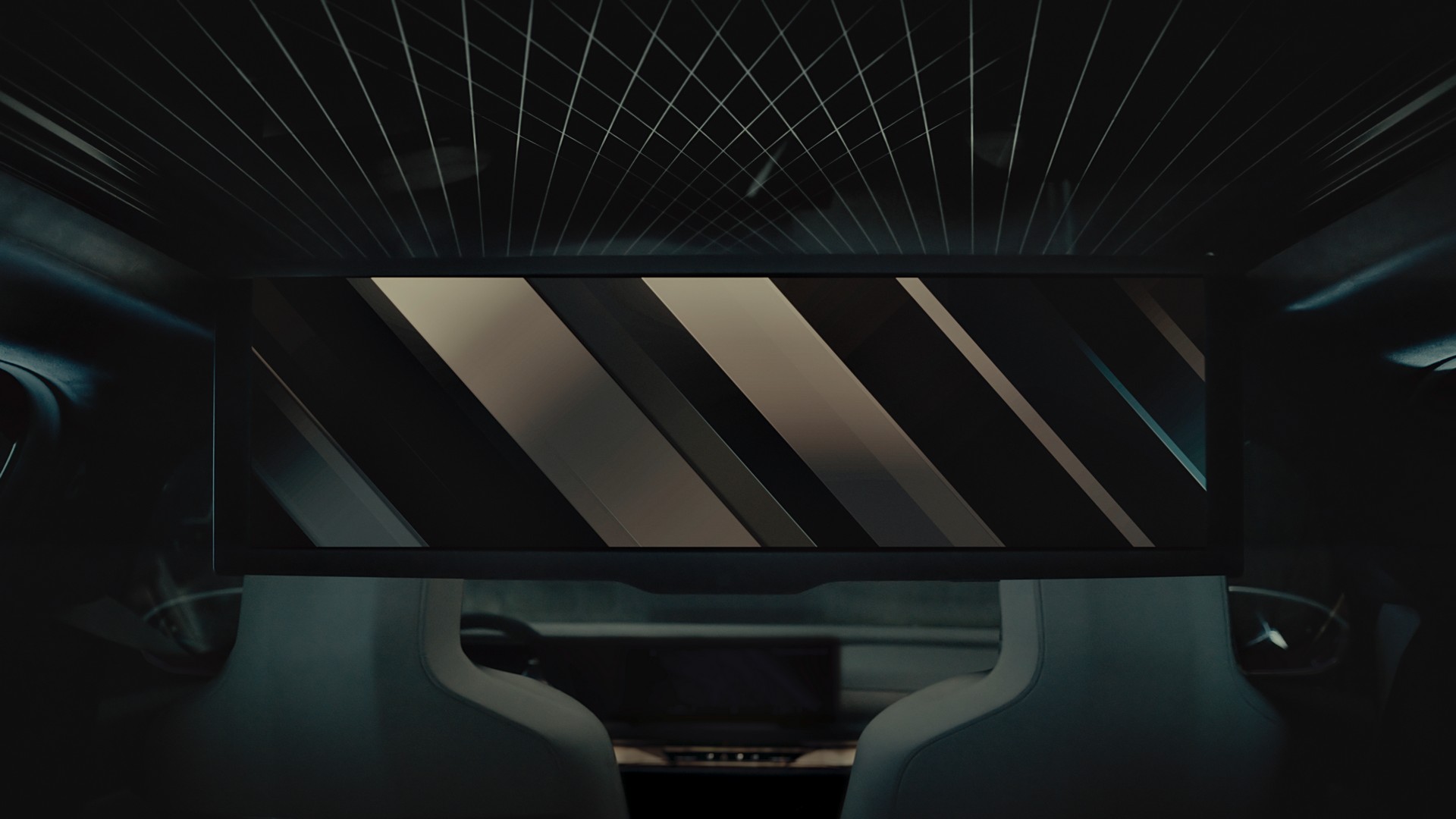 This is bound to happen sooner or later, so we are not entirely surprised that an official image of the BMW 7 Series has now emerged. Ahead of the April 20 world premiere, the G70 Theater Screen features a rear bogie with a center stage. It was unveiled at the CES in Las Vegas in January, with support for a 31-inch diagonal and 8K resolution. In this image, the widescreen display appears to be divided into three sections since a movie is running in the middle, adjacent to the static screen.

There’s more to the leaked image than the new display for rear-seat entertainment as the cabin of the 7 Series G70 also reveals its two-tone finish. The lower part is finished in red and has diamond-like patterns separating the two separate seats in the armrest. BMW did not say if it would be a standard-wheelbase model, but it does look like an extended variant. The generous size of the back door and ample legroom indicate that it is LWB.

Elsewhere, we can observe the two-pen panoramic sunroof. The Glass Sky Lounge will boast a uniquely adjustable LED light trade. The sunblinds on the rear doors are a typical luxury car feature, as the B-columns have air vents. The granular image appears to have a touchscreen in front of the rear armrest, perhaps for climate settings.

Speaking of the small screen, BMW has already confirmed that the new 7 Series / i7 will have a standard feature called the Interaction Bar. Basically, it will have a small screen next to the passenger on the dashboard to control various functions of the interior. For the driver, the iDrive 8 is expected to be carried from iX along with the screen.

The 7 Series has an internal fit for a flagship car

People are quick to criticize the exterior design because of the split headlight design. For the interior, we argue that the cabin still looks promising. Similarly, the polarizing iX has been praised for its top interior. As the ultimate flagship in the BMW range, its sleeve should have some tape on top of the 2023 7 Series / i7 electric SUV.

All will be released within a week from Wednesday, so the wait is almost over. In addition to the i7 and its already confirmed xDrive60 variant, the Combustion-engineered 7 Series will launch a new V8. Indeed, a new family of ICEs has been engineered to meet Euro 7 regulations although this will not be effective until the end of this decade. However, the most powerful 7er will be the i7, which will serve as an indirect replacement for the M760i with the final V12 special version.