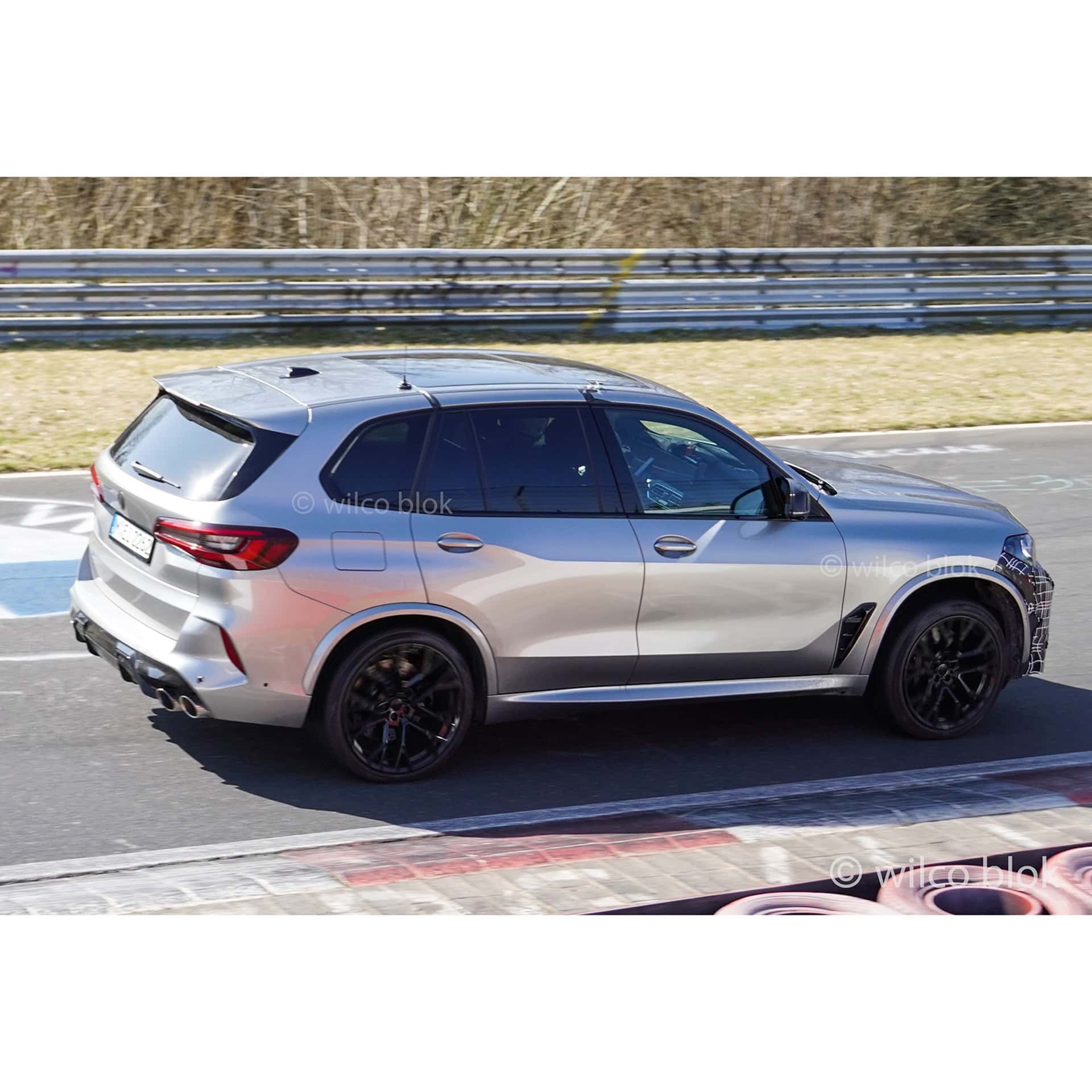 The 2023 BMW X5 Facelift has just been spotted in Germany, revealing some new details. For the first time, spy photographers were able to capture bits of interior design. And there’s nothing surprising: Based on these new images, the BMW X5 LCI seems to have gotten bigger curved displays than recent BMW models. If so, the 2023 BMW X5 will also get the latest iDrive 8. The 2023 BMW X5 has a facelift to refresh in 2023. According to sources, the 2023 BMW X5 Facelift is scheduled for April 2023 in the production cycle of Spartanburg. The same cycle applies to the BMW X6 Sports Activity Coupe.

Up front, these new spy photos reveal modified headlights that are similar to the design we’ve already seen in the 5 Series Facelift. As you might expect, the Kidney Grill also goes through a facelift. It doesn’t seem to have grown in size, but it does inherit the M Performance Grill, now known from cars like the Z4 M40i or M340i. An interesting upgrade is the introduction of illuminated grills, in a fashion similar to those already found on the BMW X6. Other minor changes to the X5 and X6 include the M Sport package that could become the standard for the X6.

The engine upgrades for the next 2023 BMW X5 Facelift and X6 Facelift are quite significant. Clearly, the Lifecycle Impulse base will upgrade the BMW X5 xDrive40i output to 370 horsepower, making the X5 its class leader in horsepower at the entry level. The current hybrid BMW X5 xDrive45e will further increase to 480 horsepower by borrowing a hybrid drivetrain from the next generation 7 Series hybrid. One can only estimate the increase in the electric range by extending the already practical 31 mile range.

But some of the most interesting news comes in the form of the omission of the M50i surname, which will be replaced by “M60i”. And with that comes an engine change – switching over to a twin-turbocharged S68 that will also be shared by next-generation M5, X5 M, and X6 M. This will mark the first time in recent memory that BMW puts an S-Series engine (usually reserved for full-fledged M cars) into a non-M offer. The S68 can be rated at the same 525-545 horsepower and will have a light-hybrid feature of 48 volts. We have the opportunity to test the new S68 powerplant in the upcoming 7 Series.

The 2023 BMW X5 Facelift is expected to be in production until July 2026 and will be replaced by a new generation of X5 models based on the Neue Klasse platform.