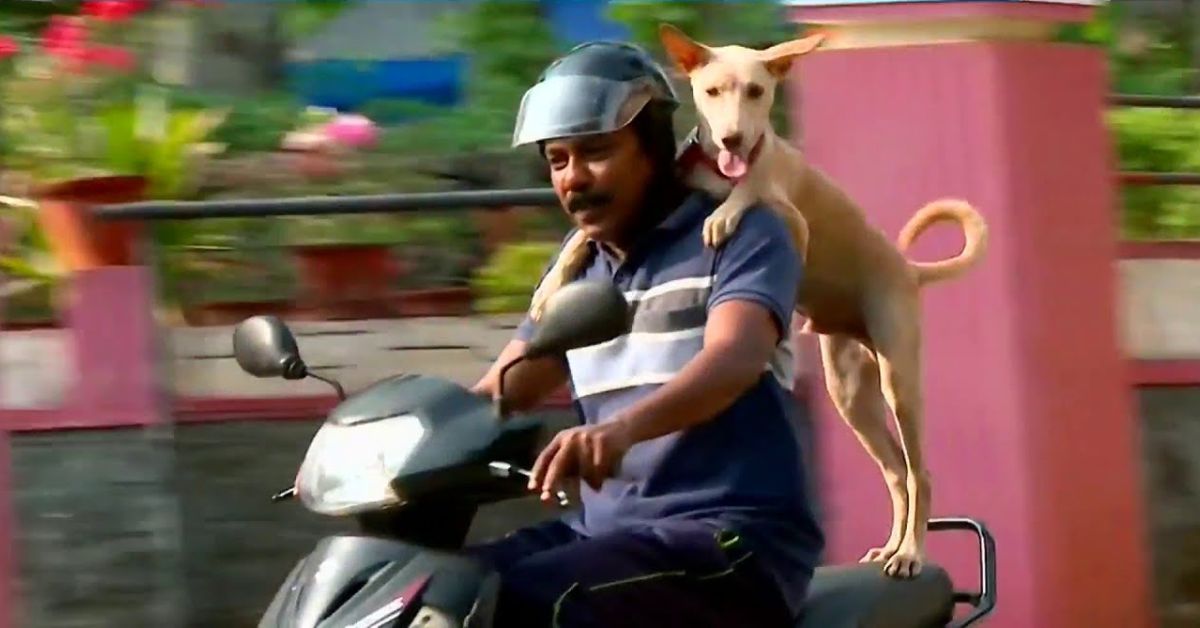 We’ve seen a number of videos where people are so attached to their pets that they take them wherever they go. Here we have a video of a dog that likes to travel on a scooter with its owner. The dog belongs to a police officer in Kottayam district of Kerala. He picked up the puppy from the road 5 months ago and it has been with Srikumar and his family ever since. The dog is called Appu and it is a common sight for people living in the area to see a 5-month-old puppy sitting on a scooter as a pillion with Srikumar.

The video was uploaded by MediaoneTV Live to their YouTube channel. In this video report, Assistant Sub-Inspector of Kerala Police Srikumar is seen traveling with his dog on their Suzuki Access Scooter. Srikumar explained that he had given the dog initial training and it started following the instructions very quickly. After a while, whenever he starts the scooter, the puppy starts showing interest in the scooter and wants to go with the owner. Initially, it was not entertaining but eventually they tried to take the dog with them once.

He sat in front of the scooter without any problem. From then on, Appu – the dog will go with the owner on a local trip. He also feels comfortable sitting in the front and in the Pillion seat. He technically stands with his front foot on the rider’s shoulder. The owner takes the dog with him only for short trips. Srikumar mentions that whenever they go out, his dog also goes with them in their car. At first, the dog was not comfortable, but now it is used to it. 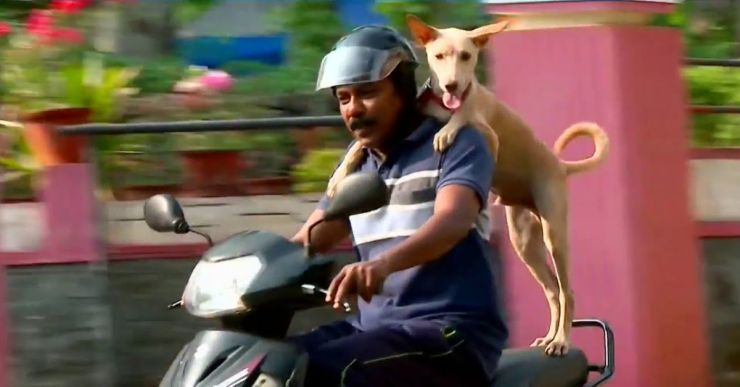 Now whenever he starts the scooter, Appu runs to the scooter and gets on it. In the car, they just opened the door and he entered. We hope Mr. Kumar will not take his dog on a public road on a scooter. In the past, there have been incidents where the Kerala Motor Vehicle Department has taken action against such riders who took their pets on public roads. The Department of Motor Vehicles has in the past imposed fines on drivers for driving a two-wheeler without a helmet and endangering the lives of pet dogs and other road users by putting it in the back.

This is not the first time something like this has been reported. There are several videos available online where pets are seen with their owners in a two-wheeler. In this case Srikumar mentions that he has trained the dog and he has listened to the instructions. At the end of the day, it’s just an animal and they can be quite unpredictable at times. People traveling with dogs in the Pillion seat can turn their heads on the road and it can confuse even other motorists because it is not something we usually see on our streets. There are currently no laws that allow animals to travel in two-wheeler pillion seats.