Along with the i7 prototype, BMW has also handed over the keys to their new petrol-powered BMW 7 Series. The pre-drive event in Munich – previews the official unveiling of the new 7 Series G70 which will take place on 20th April. Production Series 7 series cars won’t be available until early fall, so this opportunity allowed me to get an initial insight into the engineering of the new limousine. 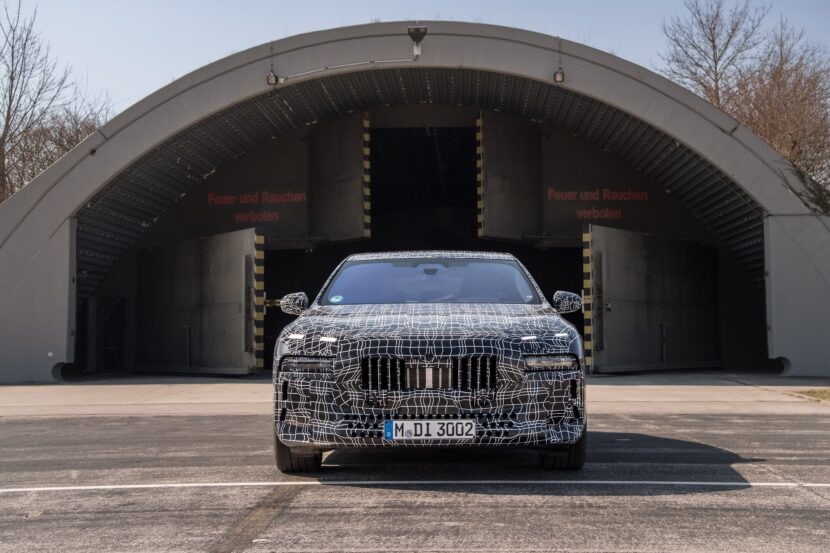 This is also the first time that anyone outside of BMW runs a new S68 4.4 liter V8 engine The morning briefing skipped all the technical details of the new V8, but there is little doubt that it will be the S68 unit that will end up in several new and fresh BMW models. It is also part of the BMW XM plug-in hybrid drivetrain. By itself, the 4.4 liter S68 will deliver at least 500 horsepower and if necessary it can definitely go above 600 horsepower. And although BMW’s power output was tight, I believe it was closer to 550 horsepower than the lower end of the spectrum.

In the prototype of this BMW 7 series, the new V8 4.4 liter petrol unit was paired with BMW’s 48-volt light-hybrid technology. Combustion engines are subject to continuous technological development that optimizes their efficiency at all speeds and in all conditions of use. At the same time, there is further reduction in fuel consumption and emissions. With larger batteries for electric and plug-in hybrid models, the light hybrid improves vehicle efficiency. The introduction of light hybrid technology allows the engine to run more smoothly by using the energy recovered while braking, not only to get the electrical devices but also to generate extra power. 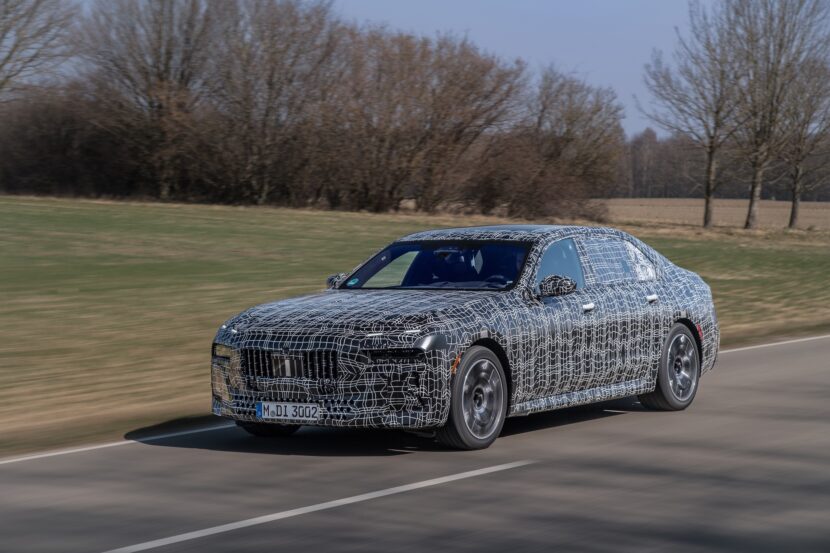 Like the BMW i7 prototype, the exterior and interior were covered in camouflage and black cloth. Picking up from the bottom of the camouflage was probably an M Sport package that included a Biffy Sport brake and larger wheels (21 inches). There is no word on the naming of this particular model, but it will probably be called BMW 760i xDrive. And it was certainly an all-wheel drive system based on driving features.

BMW also features prototype integrated steering, four-wheel steering, electronic-adjustable dampers and air suspension. I’ve covered them in detail in the BMW i7 review, but in a nutshell, they work and behave the way you see in other BMW, or current generation 7 series. Of course, there are improvements to the hardware and software stack, as there are in any BMW model. 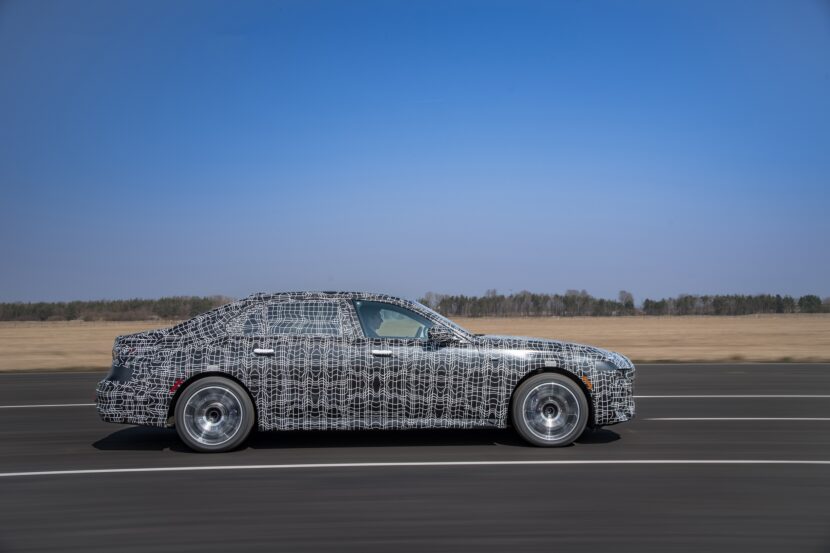 The morning drive begins with the V8 engine which immediately stops with its deep roar and exhaust burbles. The engine will replace the N63 unit in current M50i models and is probably based on the S63 powerplant found in the BMW M5, M8, X5 M and X6 M. The sound of the engine is certainly more pleasing than the previous unit, although it was already a great-sound engine. Power delivery is smoother than the S63-powered M model and it is probably considered by design that 7 Series customers are not looking for that sleek power delivery.

The torque feels huge as the 7 Series G70 easily flows through the tight curves around Munich. I can sometimes feel the extra power and torque from the 48-volt light-hybrid technology. In addition to regenerative braking and boost from electric motors to reduce engine load, other additional benefits are turbo lag reduction. And I noticed immediately when running the 7 Series prototype in both the automobile and the backroad.

The new V8 engine is more responsive than before, with a lot of power at low RPM and ample space to accelerate even at the highest gears. Speaking of gearboxes, BMW continues to use the tried and proven ZF eight-speed automatic that delivers the same smooth and precise changes that I’m used to. 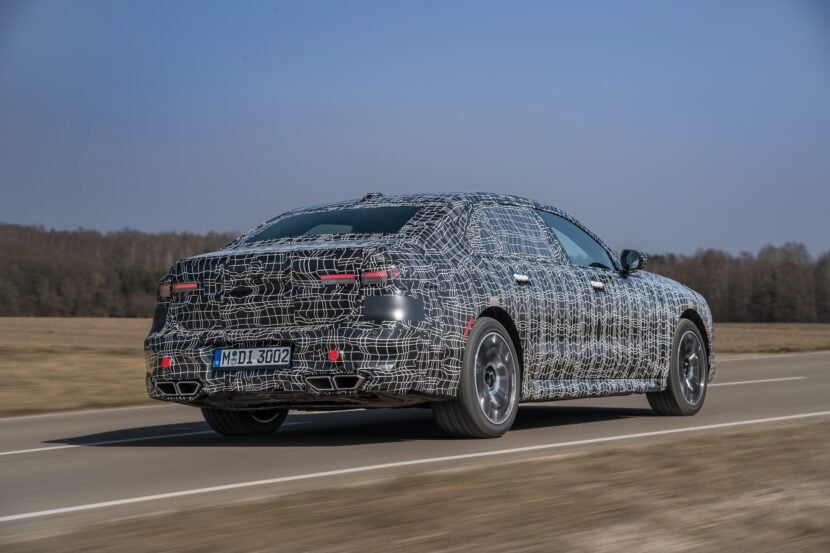 Compared to the i7 which makes the nose feel lighter, the petrol of the BMW 7 Series is more balanced with a heavier steering and enhances the response from the tires. The chassis is also well made, but of course, despite all the new and old engineering techniques, the body roll in a car of this size cannot be completely eliminated. So it is there and noticeable at times. Still, in sport mode, thanks to the xDrive setup, the new 7 Series with lots of grip has planted more on the road.

The EDC system does a great job of leveling all the irregularities on the road surface. The two-axle air suspension automatically adjusts the height of the ride based on the surface you are traveling on. It behaves similarly to the i7 by automatically adjusting body height with less rides in sport mode. A new steering gear with standard variable ratio steering rack is also part of the BMW 7 Series package and works hand-in-hand with Integral Active Steering.

The latter comes with acoustic decoupling and HSR rear axle slip angle control. Thanks to the four-wheel steering, the rear wheel can rotate on the opposite side of the front wheel to increase the agility of the angle. Of course, this reduces the bending radius when parking. At higher speeds, the rear wheels also rotate with the front wheels to increase stability. BMW says the rear wheel angle can rise up to 3.5 degrees. Rolling stabilization, double-wishbone front axle, five-like rear axle and Z-hydraulic rear axle bearings are now part of the core engineering of any luxury BMW model. 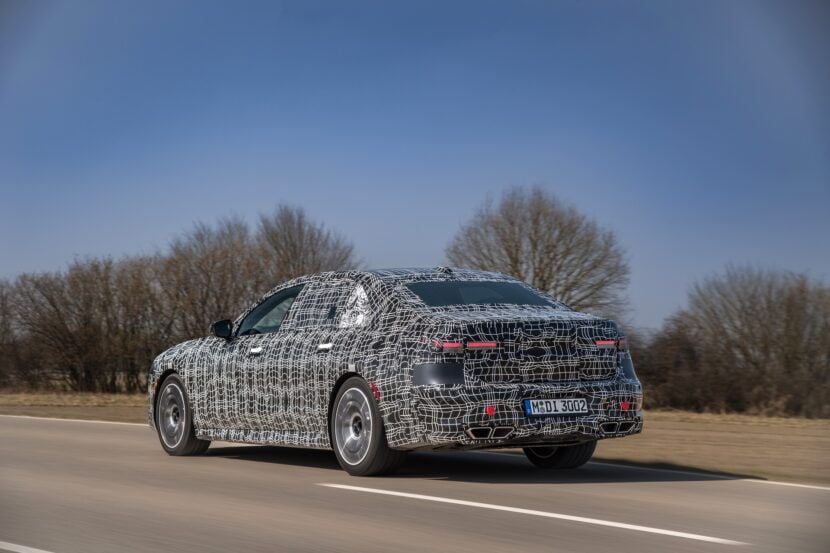 The cornering performance is impressive for a car of this size and weight, and despite the typical body-roll of the 7 Series, the new G70 chassis is more dial-up and stiffer than before. Perhaps BMW was true to its carbon fiber-introduced chassis, which is also available in the current 7 Series. The steering is heavy but numb. Again, this is according to the design since BMW is pursuing less feel and more comfort in their car. Of course, the Mota M Sport disguises the lack of steering feel and I’m fine with it in a luxury limousine.

But I’m glad to know that the steering accuracy in this new 7 Series is still great. During cornering, the effort is well made and no steering-wheel adjustment or correction is required to retain the driving path. After all, most customers of the 7 Series are not considering their limousine as their track car. Naturally, BMW still wants to differentiate itself from Mercedes in terms of driving dynamics.

All of these new technologies work together to provide the most advanced driver assistance system in any BMW. The new 7 Series and i7 come with an assisted view feature that provides augmented reality extensions to the instrument cluster. There’s a new Highway Assistant (only available in the United States and Canada) with Highway Exit Assistant. The latter allows the car to change itself up to six lanes before a highway exists. The feature will notify you when you are about to leave and you can confirm your departure by tapping on the turn signal.

The previous one is also quite funny. Just by tapping the turn signal in the desired direction, the new 7 Series will change lanes. It is safe to do so once the car is identified. The car will also adjust its speed to perform the procedure safely. Of course, a throttle push will temporarily disable it. Highway assistant operates at a speed of 85 miles (137 km / h). Also, for the first time, the driver can enjoy a hands-free driving experience for a long time because pushing the drive or brake pedals will not immediately disable the Level 2 Plus features. But it is rather the opposite of the Level 2 function. 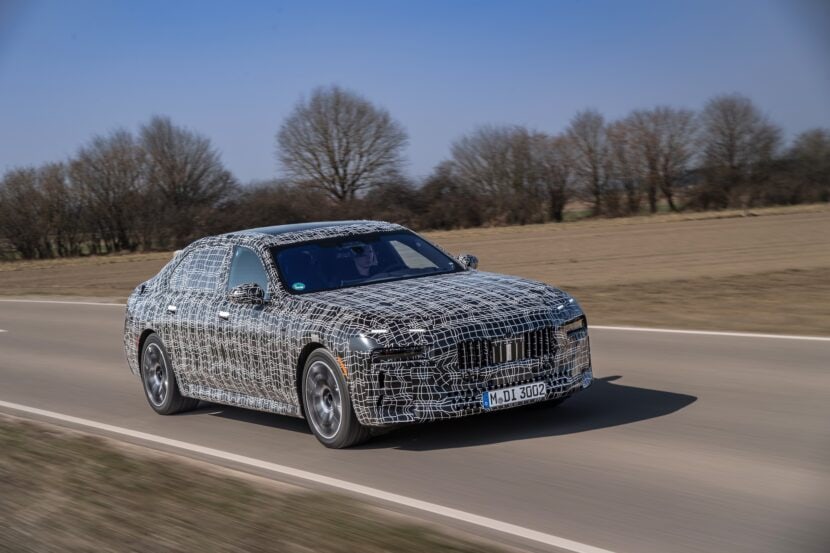 With even more comfortable features, including a four-wheeled theater, high-end luxury limousines aim to transfer the customer experience from the outside to the inside of the car. But it is admirable that BMW still aims to provide a good driving machine. And it’s even more impressive that the recipe has evolved with each new generation. The new V8 engine could be seen as a statement of the engineering DNA based in Munich and one of the best engines made by them.

I look forward to spending more time with the 7 Series production models and climbing into the back seat to explore the limousine at its best. But more about that at the beginning of the fall of 2022. 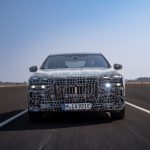 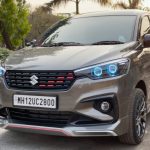 Indian 2-wheeler maker LML (Lohia Machinery Limited), which left the market in 2017, is now planning to return. The Kanpur-based manufacturer plans to re-enter the […]

ALPINA, a future subsidiary of the BMW Group, has announced that the updated XB7 will be officially launched early next year. When it arrives, it […]

Hero MotoCorp, the world’s largest two-wheeler maker, has recently launched the XTEC variant of its best-selling scooter, the Destini 125. The new Destini 125 XTEC […]

The fact that BMW usually underestimates its car is yesterday’s news, and yet, we are pleasantly surprised when it happens. We are not just talking […]