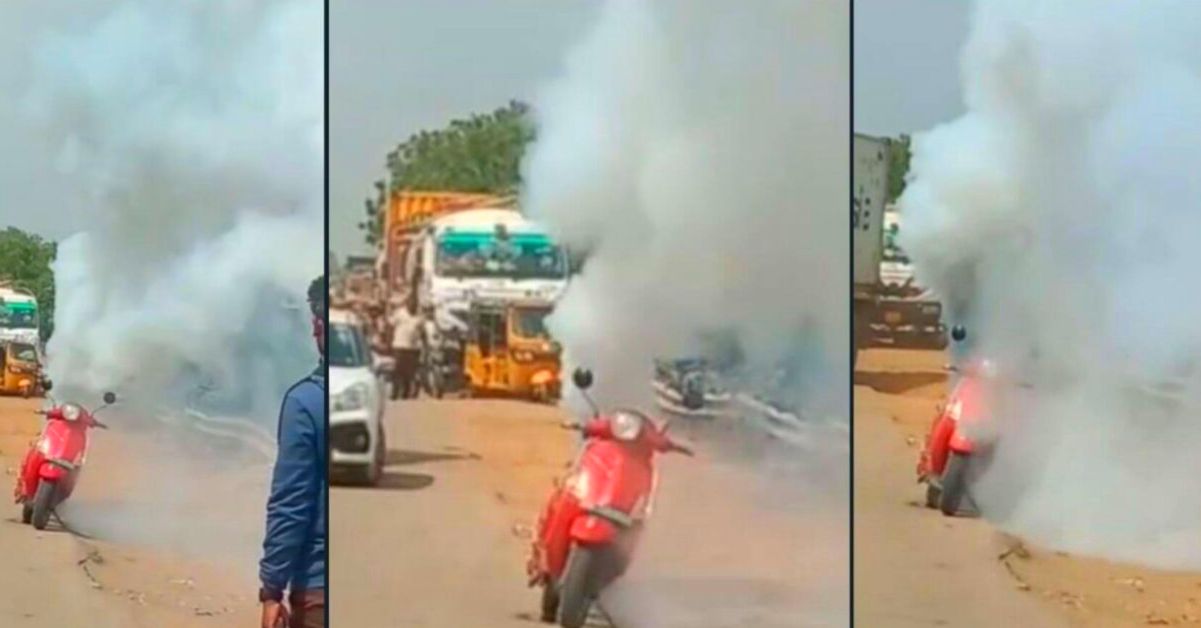 Tarun Mehta, co-founder and CEO of Ather Energy, says many electric car battery packs are not designed for Indian conditions. While giving the statement, Mehta was talking about the recent electric scooter fire.

He further mentioned that Indian consumers are looking for electric scooters that perform well. In overseas markets, most electric scooters can reach speeds of 30-40 km / h while demand for speed is much higher in India. The same battery packs are used in scooters available in India which offer high speed

Mehta explains that a high-grade electric motor with the same battery pack puts more thermal load on the battery. This can cause the battery to overheat and the system to overheat, especially in the summer.

He further explained that Athar spent about 5 years making the battery packs. New manufacturers in the market are not doing that.

How does an electric scooter catch fire?

The low quality of lithium-ion cells used in battery packs can cause fires in most electric vehicles. Also, a poorly developed battery management system can heat the battery by igniting a fire.

The battery contains a cathode and anode in a sealed container. If these two come into direct contact or make a connection, intense heat can cause a fire. In many cases, the electrode material begins to react chemically in the cell. This causes the onset of fire. Once a chemical reaction has started, it does not stop until the substances are gone. This is called thermal runaway and is common in lithium-ion batteries.

The government is investigating the matter

The CFEES Laboratory of the Defense Research and Development Organization will investigate the recent fire. The government has instructed the department to investigate the Ola S1 Pro, Okinawa Praise and Pure EV scooters. The ministry has asked CFEES to come up with remedial measures to reduce such fires.

A man and his daughter have died in an accident caused by an Okinawa scooter. All other scooter fires caused no casualties.